On Sept. 5, 2017, the Department of Homeland Security (DHS) initiated the orderly phase out of the program known as Deferred Action for Childhood Arrivals (DACA). DHS will provide a limited, six-month window during which it will consider certain requests for DACA and applications for work authorization, under specific parameters. Read the memorandum from Acting DHS Secretary Elaine Duke for details.

Next Steps for Phasing Out DACA

All DACA benefits are provided on a two-year basis, so individuals who currently have DACA will be allowed to retain both DACA and their work authorizations (EADs) until they expire.

USCIS will adjudicate, on an individual, case by case basis:

President Obama used a legal and moral argument Thursday to try to convince the American public that his decision to unilaterally protect millions of illegal immigrants from deportation is consistent with the law and necessary to begin repairing a dysfunctional immigration system.

In an evening address from the White House, Obama outlined a plan to provide administrative relief and work permits to as many as 3.7 million undocumented parents of U.S. citizens and legal permanent residents, as well as an additional 300,000 young immigrants who were brought to the country illegally as children.

In doing so, Obama challenged the opponents of his executive action to pass legislation permanently reforming the immigration system and to defend a current deportation policy that in his words “rips families apart.” He cited Scripture and his Republican predecessor to call for a more compassionate view of the immigrant experience in the United States, emphasizing the values of hard work, education and success for their children that he said are held by most of those who enter the country illegally.

Obama portrayed his action as a “common-sense, middle-ground approach” that will allow otherwise law-abiding immigrants to “come out of the shadows and get right with the law.” He emphasized the need to act in Washington’s enduring political stalemate, which has not eased despite the recent midterm elections, which will soon bring Republican control to both chambers of Congress.

He said a mass deportation of the nation’s more than 11 million undocumented immigrants “would be both impossible and contrary to our character.” Rather, the president said, the measures he is enacting would refocus federal border control agents on the highest-priority cases — such as felons, gang members and recent border-crossers — that he called, collectively, “actual threats to our security.”

Obama’s decision to act on his own came two years after he pledged, in the wake of his reelection, to pursue comprehensive immigration reform to provide a pathway to citizenship for many of the nation’s undocumented immigrants. But he was denied a potential legacy achievement after efforts to pass a comprehensive bill collapsed on Capitol Hill this past summer amid partisan fighting.

​Instead, the president sought in his 15-minute speech to build public support and head off staunch opposition from congressional Republicans, who have vowed to fight Obama’s use of executive actions to circumvent the legislative branch. Obama plans to hold a rally with supporters at a high school in Las Vegas on Friday.

Even before Obama took to the airwaves, GOP leaders were deliberating over how to stop him, Republicans in both chambers debated filing a lawsuit over the president’s use of executive authority, pursuing their own legislation on immigration policy or removing funding for federal immigration agencies.

“By ignoring the will of the American people, President Obama has cemented his legacy of lawlessness and squandered what little credibility he had left,” House Speaker John A. Boehner (R-Ohio) said after Obama’s address. “Republicans are left with the serious responsibility of upholding our oath of office. We will not shrink from this duty, because our allegiance lies with the American people. We will listen to them, work with our members, and protect the Constitution.”

But White House lawyers expressed confidence that Obama has the legal standing to enact the changes. They cited previous executive actions taken by Republican presidents, including Ronald Reagan and George H.W. Bush, both of whom signed orders protecting smaller groups of illegal immigrants from deportation.

White House officials released statistics showing that Bush’s order protected about the same percentage of illegal immigrants that Obama’s action is projected to protect — though far fewer in raw number because there were only 3.5 million undocumented immigrants in the early 1990s.

Asked about a potential GOP lawsuit, a senior administration official said: “Anyone with a filing fee can sue; there’s nothing we can do about that.” But the official added that administration lawyers think Obama’s actions “are absolutely supported by the law.”

Addressing the chief criticism of Republicans — that illegal immigrants are being rewarded for violating the law to remain in the country — Obama emphasized that those who qualify for relief will have to pay taxes and that they will not achieve citizenship through the new program. He said many of the undocumented immigrants in the country “are as American as Malia or Sasha,” a reference to his daughters, and he quoted his predecessor, George W. Bush, to make the case that these immigrants “are a part of American life.”

“Amnesty is the immigration system we have today — millions of people who live here without paying their taxes or playing by the rules, while politicians use the issue to scare people and whip up votes at election time,” Obama said. “That’s the real amnesty — leaving this broken system the way it is.”

Under Obama’s plan, undocumented parents of U.S. citizens and legal permanent residents would qualify only if they have lived in the country at least five years — since Jan. 1, 2010. The administration said it will be ready to begin taking applications in the spring, and that those who qualify will be granted three years of deportation relief, meaning they would be protected through the first year of Obama’s successor in 2017. It would be up to the new administration to determine whether to continue the program or eliminate it.

The new deportation protections are a year longer than they are under an existing Obama administration program, started in 2012 for younger immigrants, known as Deferred Action for Childhood Arrivals (DACA).

Officials said that the DACA program also would be revised to provide three years of relief and that they would change the date by which DACA applicants must have arrived in the United States from June 15, 2007, to Jan. 1, 2010, to conform with the program for parents.

Many of those who are granted administrative relief will be eligible to get Social Security numbers and work permits, officials said.

Administration officials also said the president’s new policies would create visas for immigrants who can show that they are investing economically in the United States and for workers in some high-tech fields.

Homeland Security Secretary Jeh Johnson, meanwhile, will issue new guidelines for immigration agencies detailing the priorities for removal. The Obama administration has deported nearly 400,000 immigrants each year and has sought to prioritize felons, terrorists and other high-priority targets who pose a threat to national security. But field agents have complained that the guidelines are difficult to understand, and they have been accused by immigrant rights advocates of failing to follow them.

Johnson also is scrapping a controversial program called Secure Communities that requires local law enforcement agencies to detain immigrants who are arrested until they can be screened by federal immigration agents. Johnson will replace that program with a new one, called the Priority Enforcement Program, in which immigrants who are arrested will still be fingerprinted, but it is up to the local jurisdictions to notify federal agencies if they think that an immigration violation had occurred.

Past News for November 2014 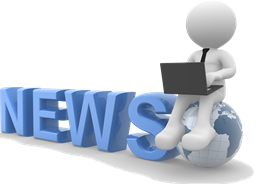